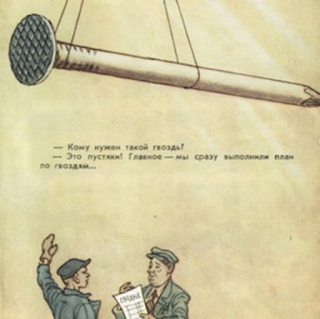 "When management sets targets and makes people's jobs dependant on meeting them, they will likely meet the targets  – even if they have to destroy the enterprise to do it"

If you're in the UK, you'll be aware of the Windrush Scandal. The Home Office threatened the children of Commonwealth immigrants (mainly from the Caribbean) who arrived before 1973 with possible deportation if they couldn't prove their immigration status.

Something that contributed to the scandal was the Home Office setting "a target of achieving 12,800 enforced returns in 2017-18".  Much has been written about whether the targets existed, and if certain people in charge know about them.

This post isn't about that.  Today I'm writing about the problems with targets themselves.  When organisations set arbitrary numerical 'performance' targets, which people or teams are judged by.

1. They narrow focus, so people concentrate on doing only what achieves the target.  This isn't the same as doing the right thing for the customer or citizen.

For example, schools would give disproportionate attention to pupils expected to get a C or a D grade, as their target is pupils getting C or above.

In hospitals, doctors were diverted from treating seriously ill patients to ones with minor problems in order to meet 4-hour waiting time targets.  As a result "people were left for hours covered in blood and without pain relief".

Or Police didn't act upon warnings about child sex grooming because they were told by management to prioritise robbery and car theft, as that's what achieves the targets.

2. People cheat so they meet their targets.  Studies have shown this.

Staff at an outsourced Police control room were making 999 calls at quiet times in order to meet their target of answering 92% of calls within 10 seconds.

Confession time – in my formative years I did something similar.  I was working on a call centre, and we had an average call handling target.  Me and a couple of colleagues worked out that calling each other and quickly hanging up was an easy way to meet our targets.  We were using our ingenuity to meet arbitrary numbers, instead of helping the customer.

3. Cherry picking. I was working with a housing repairs service.  Tradespeople were set targets for how many jobs they get through in a day.  This created a behaviour called 'sponge knocking'.  If a job looked like it would take a long time – and risk not achieving the daily target – they'd silently push a 'sorry we missed you' card through the letterbox, and scarper.

The UK government's troubled families programme was reported to have a 99% success rate of turning lives around.  However, investigations showed some councils were picking the families most likely to meet the success criteria, and not working with the ones that needed the most support.

4. People lie.  For example, traffic wardens were fabricating evidence in order to issue parking tickets, for fear of losing their jobs if they didn't meet their target.

5. Statistics are manipulated.  In the brilliant US crime drama The Wire they use the term 'juking the stats'.  This is brought to life in the 1.5 minute clip below (contains swearing).


This isn't just the stuff of TV drama.  For example, juking the stats has happened in the UK Police force, and at hospitals.

6. They cause student syndrome (when a student only starts writing an essay at the last possible moment before it's deadline).  When you apply for planning permission at your local council, they'll have a government target to meet of 8 weeks to decide your application.  The chart below – from one council I worked at – shows the large proportion of applications were decided in week 7 or 8.

It might be possible to decide the application earlier, but as far as performance measures are concerned, it doesn't matter as long as it was done in under 8 weeks.

As a different council found: "to meet these targets, applications would get refused if they were unacceptable and the deadline was approaching. [This] meant that the applicant suffered delay, additional costs and frustration.... The Council in turn incurred additional costs either defending planning appeals or processing a second planning application”.

I once did similar analysis looking at complaints, with a 15 day response target.  No prizes for guessing which day most of the complaints were responded to on.

7. Staff get sick.  Targets put people under pressure to meet arbitrary numbers, which causes stress. Police Officers felt "almost continually under threat of being blamed and subsequently punished for failing to hit targets".  This does not create an environment that's good for people's health.

I've worked with call centre staff who had average call handling targets to meet.  They hated not being able to help the customer because their manager wanted them to end the call.

At a target-driven DWP call centre, mental health-related absences tripled.  At the same government department, staff went on strike because "We are being prevented from providing good quality service because of unnecessary and unrealistic targets."

Sometimes people do the wrong thing in order to avoid punitive consequences.  Like in this DWP example, where the employee is clearly upset.  They want to do the right thing, but at the same time they need to survive in a bad system.

There are other examples, such as PPI mis-selling, where people are doing the wrong thing because the target is attached to a bonus (financial incentives act like a turbo-boost to targets).

Then there was the Wells Fargo fraud in the US, where staff at the bank sold customers things they didn't ask for, in order to meet targets.  This also shows how arbitrary numerical targets are.  When John Stumpf, the CEO, was questioned about why staff had a sales target of eight financial products per customer, he said he chose the number because "eight rhymes with great".

9. Targets can kill people.  A study looking at targets in the NHS found patients were required "to wait in queues of ambulances outside A&E Departments until the hospital in question was confident that that patient could be seen within four hours [the waiting time target]".  In one tragic instance, this practice led to the death of a 16 year old boy.

I'm not blaming the people who are working to the targets.  When a manager, government, or someone in authority sets a target, people will tend to presume it's right.  The Milgram experiment showed us that.

People focus on meeting targets to avoid getting grief from their boss, to make sure they don't get sacked, or to secure a bonus.  We all have bills to pay, and can't afford to risk losing our income.

To quote again from Deming: "A bad system will beat a good person every time".  Or to quote from John Little: "Targets turn good people in to liars and cheats".

My question to anyone reading this is – given all the points above – why do people continue to think it's a good idea to set targets? 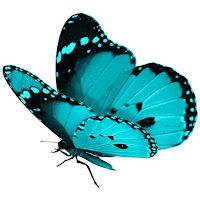